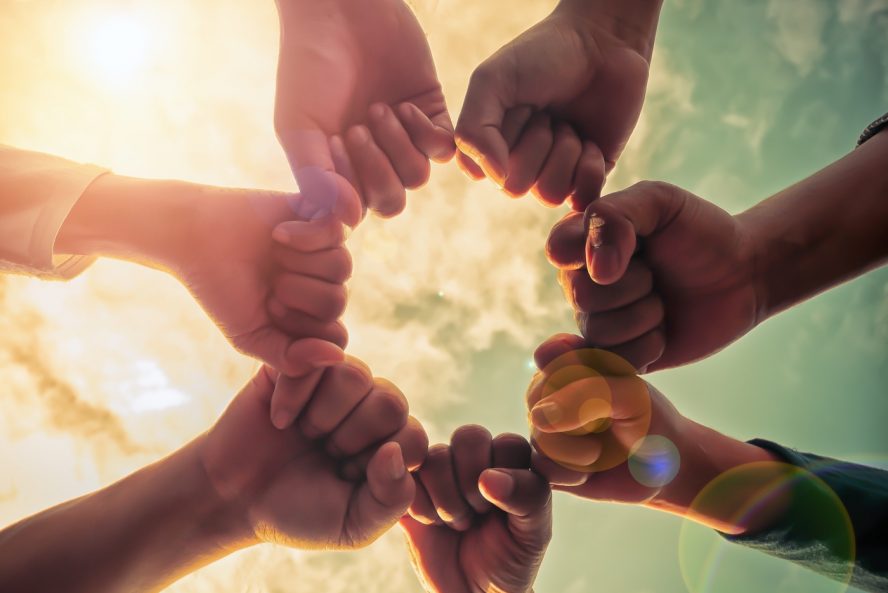 Many of you know that I was a music major in college at Nebraska Wesleyan – and as part of that, I got the chance to sing and play in a whole bunch of different music ensembles, including the university symphonic band.  I played flute in the band for four and a half years. Now, there were a LOT of flute players in the band.  We easily outnumbered many of the other sections, especially the percussion section. And every once in a while, we would play a piece that needed a lot more percussion players than it did flute players, so our director would make some of us switch.

I was second or third chair flute for most of my time in the band, so I usually didn’t get tapped to play percussion – but one time, we played this really unusual and just bizarre-sounding kind of modern piece of music, and I got sent to the back to the percussion section.  The part I was given for this piece was to bow the vibraphone. Yes.  I had to bow the vibraphone – I was just as confused about it as you look now, haha.  Literally, I had a bow like you would use to play a violin or a cello, and while I pedaled the vibraphone, I had to run the bow along the edge of the right keys at just the right angle and it gave off this kind of weird, spooky, resonant sound.

You probably already guessed this, but I was really, really bad at it.  I could not bow the vibraphone to save my life.  And adding to my trouble, I never had any idea when I was supposed to play.  I’d have rests for like 50 measures and then I’d have to play like two notes on the vibraphone.  I mean, I can barely count to begin with, so to keep track of where we were over 50 measures of really weird-sounding music was basically impossible.  So I just kind of went rogue and played it whenever I felt like it – whenever it seemed to me like, “Oh, this part could maybe use some vibraphone.”  Half the time I couldn’t even actually get a sound out of it.  It was pretty terrible.  After we played that piece, I asked the director, “Please don’t ever make me do that again” – and I played flute in the band for the rest of my time there!

I knew my gifts – I had a gift for playing the flute, but I did not have a gift for playing the vibraphone.  It’s always good to branch out and challenge ourselves to try new things – otherwise, you’ll never find out new things that you’re good at!  But there is definitely value in knowing what your gifts are.  For those of you who were here last week and paying attention to the sermon, this is a familiar message.  We all have different gifts, different talents and abilities and resources that God has given to us.  And we are all called to use our gifts in all their wonderful uniqueness to serve our neighbor and give glory to God.  Every single person has a role to play in this mission, and every one of those roles is important.

Even Jesus had specific gifts and a specific role to play.  And in our gospel reading, we hear him talking about what that role is.  This is his public debut in Galilee – it’s the very first time we hear the adult Jesus speak in the gospel of Luke.  And he uses the words of Isaiah not only to set the tone of his ministry, but also to kind of set the boundaries for his ministry:  preach good news to the poor and release to the captives, give sight to the blind, let the oppressed go free, and proclaim the year of the Lord’s favor.  That’s it. These are the tasks that Jesus is going to do.  These are his gifts and this is his role to play.

It feels kind of odd to think about Jesus’ ministry in this way.  Because, of course, he has been at the heart of the Christian movement since before it began!  And we know he is present with us in all things.  But when he walked the earth as a human, Jesus had a specific role to play and he knew it.  Think about it.  Jesus’ mission had very clear boundaries.  It had very clear geographical boundaries!  If you actually think about the amount of ground he covered during his life on earth, the number of people he personally evangelized, it is tiny compared to how many people there are actually are on the planet – how many Christians there are on the planet! Christianity has now spread to every corner of the globe – but it’s not because Jesus evangelized everyone; it’s because his followers did that.  Jesus empowered his followers to take up the mission, calling them and lifting up their gifts for ministry, just as he does for us.

It’s actually striking the number of times in the gospels that Jesus tells people no.  Like last week, we read the story of the wedding at Cana – Jesus’ mother comments to him that the wine has run out, and he says to her, “Woman, what is that to you and me?”  Even though he does eventually help, his first response is kind of like, “Look, that’s not really part of my call.  It’s not for me to do everything; this is someone else’s gift.” – I don’t bow the vibraphone.  Or in the story of the feeding of the multitudes: Jesus’ disciples come to him saying that the crowds don’t have enough to eat.  And what does Jesus say to them?  “YOU give them something to eat.”  Jesus makes space for other people to participate in the work of ministry – and he lifts up their gifts to be collaborators with him in spreading the good news of the kingdom.

And likewise among his followers, this is true.  For example, the apostle Paul had a specific role to play in his ministry. He started a few congregations across the Roman Empire and he encouraged even more through his letters and through occasional visits.  But the day to day ministry of these congregations was left to other people, who had different gifts.

So part of why I want to lift up this point is that, in the culture of many churches, the work of ministry has a tendency to fall on just a few people.  You know this is true – especially those of you who will be installed as council members this morning.  And in particular, there can often be an expectation that the pastor – as a kind of “professional Christian” – will be the driving force behind everything.  And obviously, that’s a pretty quick way to burn out your pastor.  And I’ll admit that pastors contribute to this as well – many of us are people pleasers and we like to feel needed and, of course, we are very passionate about ministry.  We sometimes have trouble setting healthy boundaries for ourselves.  And when pastors do too much, there’s also a sense that grows that those are things that only the pastor can do.  It’s similar with council members.  I know that here in our congregation, up until this year, the practice has been that only council members are allowed to serve in worship in certain ways.  And, honestly, I think that’s a shame, both because that places an extra burden on council members, and because it leaves out other people who would like to participate more in ministry and have the gifts to do so.

This is a gifted congregation.  You have resilience and persistence that have seen you through challenging times of transition; you have a commitment to this mission and you have a willingness to open yourselves to transformation by the Spirit that will serve us well as we explore together how we are called to be church in the midst of a changing community.  If our ministry succeeds and grows, it won’t just be because you called a full time pastor.  It will be because the Spirit is at work in and through every single member of this congregation.

Ministry requires all of our gifts and participation – it is not a passive endeavor for any of us.  The role of the pastor and the role of the council are certainly important, but they are only a few roles among many.  There are many members of the body, as Paul writes – just as there are many instruments in the band – we need eyes and ears and pancreases and pinkie toes and flute players and even vibraphone-bowers.  Our ministry is most successful when everyone contributes their gifts, and when we are all creative in thinking about how our gifts intersect with the needs and opportunities in our community.

So it doesn’t matter if your eyes or ears don’t work too well or if you can’t bow the vibraphone to save your life – whatever your gift is, there’s a part for you in the band and a place for you in the body of Christ.

5 thoughts on “Sermon: All Hands (and eyes and ears and pancreases and pinkie toes) on Deck”