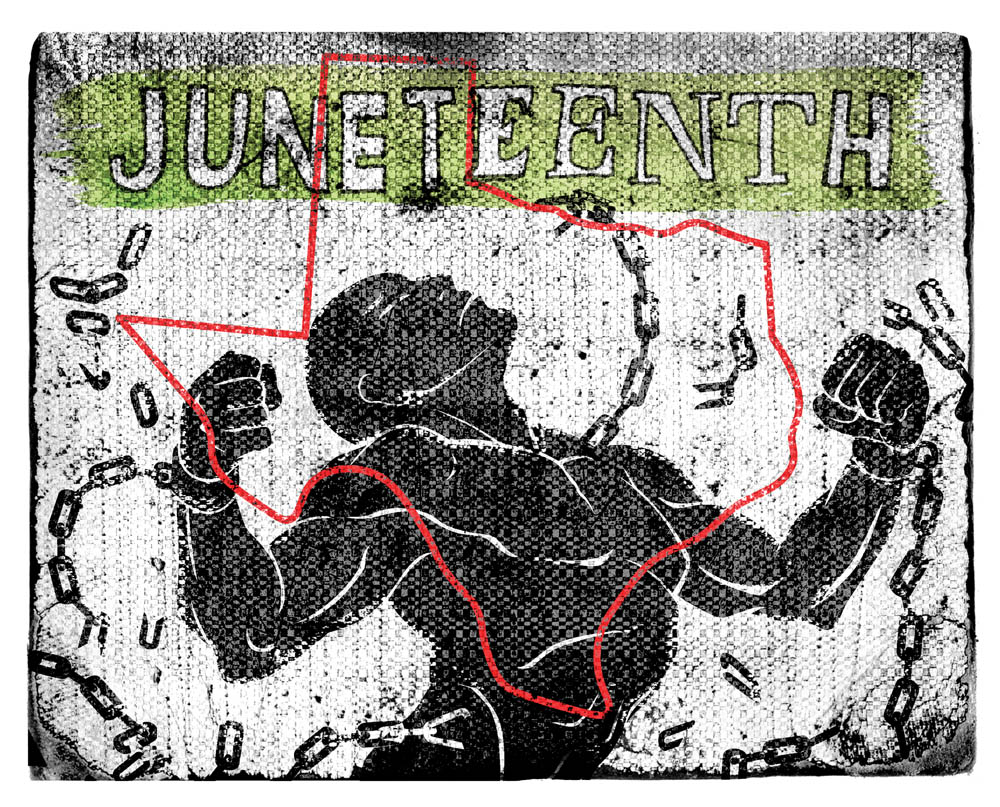 As I was first reading our gospel lesson for this morning, there were a couple of moments in this story that stuck out to me as being kind of odd.  Despite the fact that this is a wonderful story of Jesus performing a miraculous healing, it is filled almost from beginning to end with fear.  In fact, the stage is already set with fear right before we even get to this particular passage. Before this encounter with the Gerasenes, in the same chapter of Luke, the disicples get into a boat with Jesus to cross the Sea of Galilee – and what do you suppose happens?  A massive storm comes up – and just as they are all preparing to die, Jesus wakes up from his nap and tells the storm to cool it.  In response, the disciples are amazed and afraid.

Then they reach the other side of the sea and step out of the boat into Gentile territory.  And literally just as they are stepping out of the boat, they are accosted by a naked man, with iron shackles clanking on his wrists; he falls down before Jesus and starts shouting wildly.  After a brief confrontation, Jesus casts many demons out of the man.  And when the people of his city come running – all his neighbors and family – they find this man clothed and in his right mind and sitting calmly with Jesus.  And then they are afraid.  And when the story is told again of what Jesus has done for this one man, the entire country of the Gerasenes is seized with such great fear that they ask Jesus to leave.

It’s not exactly the reception you would expect for such an incredible miracle of liberation!  You’d think people would be lining up around the block to have Jesus heal their own maladies.  So what is everyone so afraid of??  Is it just that people were so awed and amazed by Jesus’ incredible power over demons that they were afraid of him?  I mean, maybe.  But it seems like maybe there’s more than that going on here.

It’s very possible that the people were afraid that Jesus’ actions might attract some unwelcome attention to the region from Rome. Both Judeans and Gentiles lived under the thumb of the Roman Empire, and the Romans were famously not big fans of any kind of threat to their power – perceived or otherwise.  And Jesus was certainly a very real threat.  For instance, just look at what the demons call him:  Jesus, Son of the Most High God.  For the Romans, Caesar was the son of the most high God – the Roman imperial cult considered the emperor to be semi-divine.  So Jesus’ title is a direct challenge to that power.

And in case we somehow missed those political implications, Luke leans into it even more by telling us the name of the demons: Legion.  Legion is more than just a word we use to mean “a whole lot of something,” it was also a specific military term used within the Roman army, for divisions of over 5,000 men.  In short, one strong message of this story is that Jesus is the real emperor, and he is powerful enough to defeat an entire legion of Roman soldiers with only a few words.

But I think that the fear we see in this story may have even deeper roots.  In the ancient world, people tended to assume that whenever something bad happened to someone, it was somehow that person’s fault.  (I would argue that not much has changed!).  Bad luck, poor health, poverty, and – I’d have to imagine – demon possession all supposedly happened because a person did bad things, or because in some way they didn’t follow the rules.  And so people had no problem blaming and shunning and ostracizing those people for their misfortunes – like the possessed man we see in the gospel reading, who was forced to live on the outskirts of his community.  It’s part of our human expectation and understanding that you get what you deserve.

But Jesus doesn’t play by those rules.  He has compassion for the possessed man and he cures him of his illness instead of blaming him for it.  That grace probably made some people afraid – because they justified themselves by the law, to use our Lutheran language.  They benefitted from a system that assumed they were good because bad things hadn’t happened to them.  And when people are benefitting from a system – however little the benefit may be – they will always be afraid of other people who have been liberated from it; because that liberation calls the whole system into question.

Even in the early church, this was a struggle. We see this in our second reading, from Galatians.  Some of the Judean Christ-followers in Galatia were still clinging to the system of law for their justification.  They relied on the law to decide who was in and who was out.  Paul completely chews them out for this in this chapter – even calling them “foolish Galatians!”  In our reading for today, he basically says to them, “Look, we were imprisoned under the law until faith came.  But faith has come!  And we have been set free, dummies!”  Paul reminds them that all are justified by grace through Christ – and he means ALL. In Christ, there is no longer Jew nor Greek, slave nor free, nor male and female.  All those human distinctions that we use to decide our value and the value of others – in Christ, they all disappear.

And that is really good news.  It’s great news – unless you’re really counting on those human distinctions to get ahead in life.  Which, if we’re honest, most of us are.  We all succumb to the temptation to think that we can pull ourselves up by our own bootstraps without anyone’s help.  And when we have invested a lot in getting ahead in any given system – even when that system sucks – we are naturally going to resist seeing that system crumble. You’ll never stop playing the game if you’re still convinced you can win.

I was thinking about all these things especially this last Wednesday, June 19th.  Every year, this day marks Juneteenth, a holiday that celebrates the anniversary of the abolition of slavery.  Nowadays, looking back, it is hard for us to even imagine how something as objectively horrible as slavery was ever allowed to happen in the first place.  It’s even harder to imagine that people actually fought to keep slavery from ending.

But what I find most striking to remember is that it wasn’t just slave owners who fought against abolition.  There were also poor and working class white people who did not want to see slavery end.  Things for them weren’t exactly great under the system of slavery – but at least they weren’t black.  At least they weren’t slaves.

Even educated people at the time found ways to justify the continued existence of slavery.  One of the most prominent reasons they gave was that the US economic system would be completely destroyed without the institution of slavery.  They simply could not imagine the transition to something better.

What all of this reveals to us is that our human imagination for liberation is sadly, terribly limited.  We put up with systems of injustice because we find it so hard to imagine a better way.  Instead, we say things like, “Better the devil you know than the devil you don’t.” This saying is literally true in the case of the man possessed by demons in our gospel reading for today.  He has suffered so long with his demons that he can’t even imagine that things will ever get better for him.  And so when Jesus comes near him, he immediately falls to the ground and tells Jesus to get away from him.

But Jesus liberates this man in a way he probably never imagined was even possible for him.  When Jesus first encountered him, he was literally living among the dead – but Jesus utterly transforms his life.  He is transformed from naked to fully clothed, from frenzied to calm, from chained to free – from social outcast to divine witness.

And this story is a symbol for the much, much larger liberation that Jesus is enacting.  By crossing the sea to come into Gentile territory, Jesus is sending the message that God’s liberation isn’t just for a small, select group of people on the inside. God’s liberation is for all.  And he means ALL.  In Christ, there is no longer Jew nor Greek, slave nor free, nor male and female.  Christ erases the human distinctions we use to draw lines between ourselves.  He frees us all from the chains of sin and death – even when we struggle to imagine a better way.  Even when we are afraid to let our chains go. 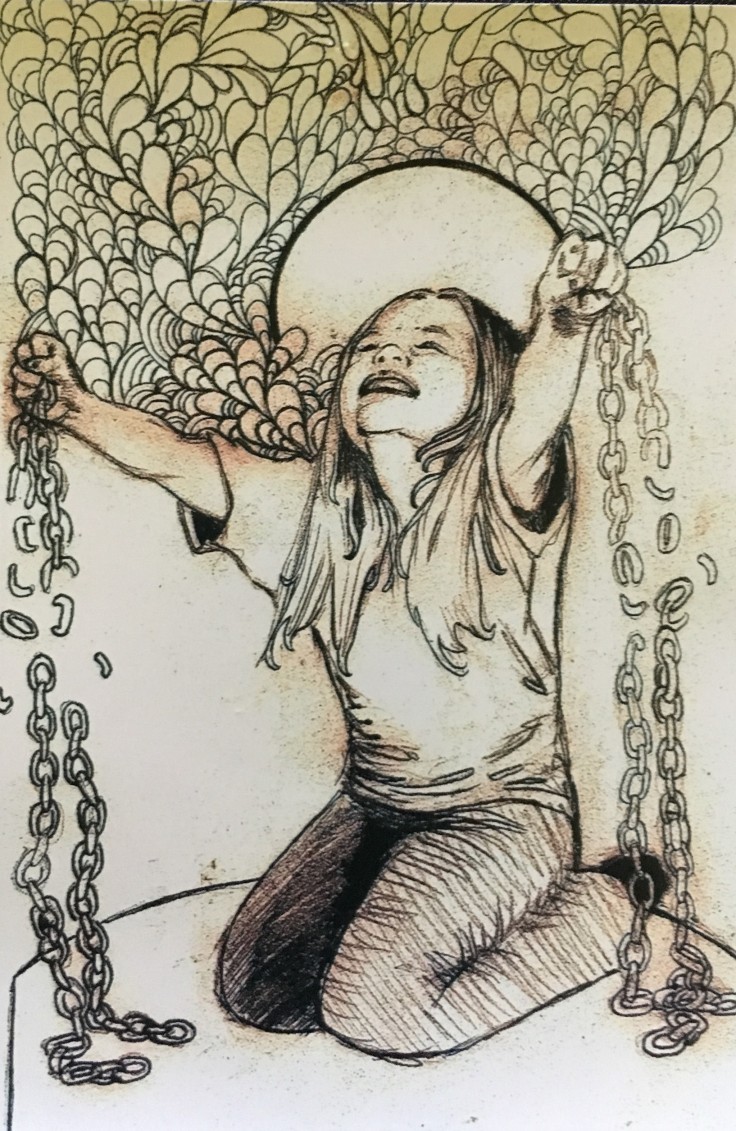 2 thoughts on “Sermon: The Devil You Know”