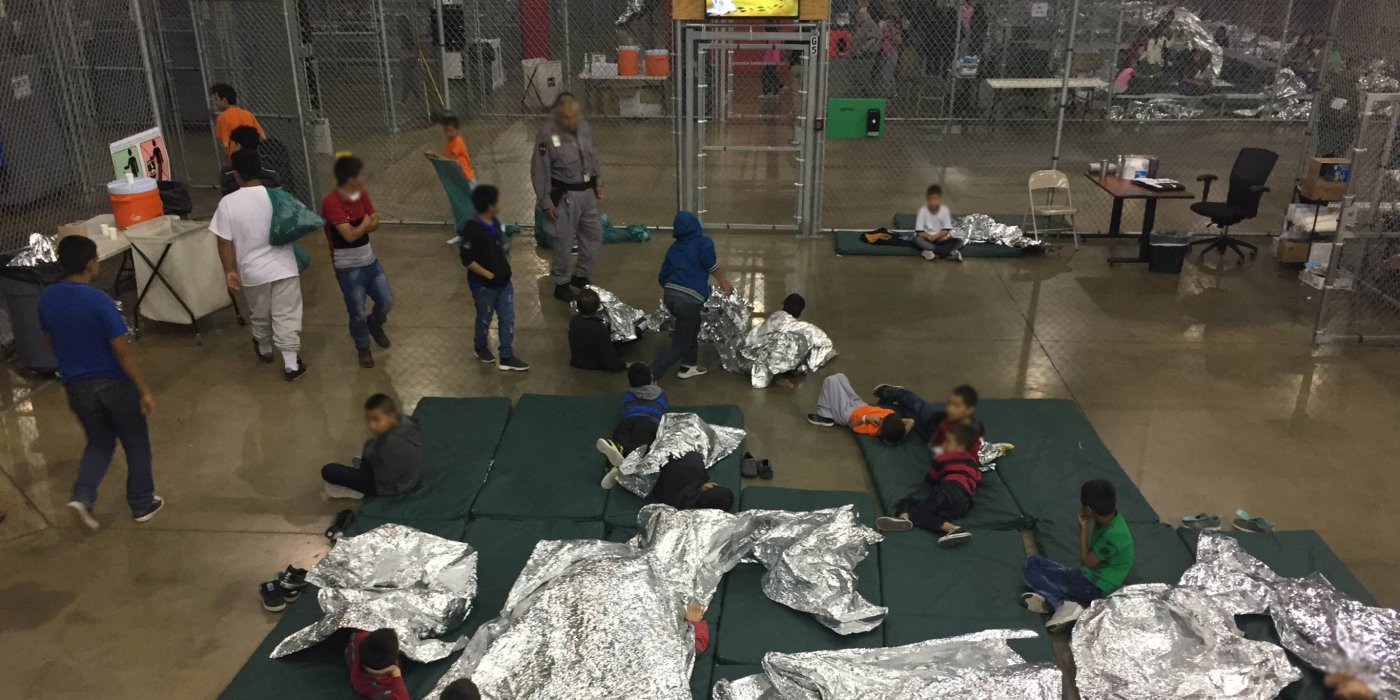 Okay, show of hands: who here has heard this gospel story before?  Haha, that’s what I thought.  The story of the good Samaritan is one of the most familiar stories in all of scripture. There are congregations and organizations named for this parable.  We even have laws called “good Samaritan” laws to protect people who are trying to help other people.  We know this story well.  But I think the very familiarity of this story can actually hinder us from hearing how radical and even upsetting it actually is.  So let’s take some time this morning to really dig into it.

To start off with, Jesus sets his parable in a notoriously dangerous place.  The road from Jerusalem to Jericho is narrow and rocky and steep.  It dips down into the bottom of a deep valley and climbs out again on the other side.  And partially because of its difficult terrain, the Jericho road was well known in Jesus’ time as an extremely popular spot for robbers and highwaymen.  They would have especially preyed on people who were traveling on their way to the temple in Jerusalem to offer sacrifices.

So it’s not totally shocking that this story begins with someone being attacked and robbed on this road.  Knowing what the Jericho road is like might also change a little bit what we think about those first two people who passed by the person who had been attacked.  These two people were a priest and a Levite.  That is, they were both people who were set apart for God’s service – and the expectation probably was that if anyone would have stopped to help, it would be one of these two.  But instead they both go out of their way to give the injured man a wide berth.  Jesus doesn’t tell us why they did this.  But we can imagine that they weren’t trying to be cruel or even indifferent.  Instead, they probably avoided this man out of fear.  The Jericho road was not a place you would want to linger.  One person had already been attacked – who knew if the robbers were still nearby?  Or who knew whether this whole scene was set up as a trap?  The safe bet in this situation was to keep moving.

So the priest and the Levite scoot on by, leaving the injured man to his fate.  And then who should come along and actually stop and go over to help this man? A Samaritan. (Ooohh)  Now, it’s hard to convey to modern readers just how viscerally offensive this would have been to Jesus’ hearers.  A Samaritan was not a person most people would have trusted or expected to do the right thing.  Perhaps today, the story might evoke a similar response if it were a gang member, or a sex worker, or an undocumented immigrant, or a Wall Street executive who stopped to help this man.  The Samaritan was not a person Jesus’ hearers would have wanted to identify with, yet he is the hero of this story.

This Samaritan man is moved with pity – and the Greek is strong here.  His σπλάγχνα (splangchna), his internal organs were wrenched – this man is moved to the pit of his guts by the sight of this other man who has been attacked and left for dead.  And because of this, he stops.  He gets off his animal and he kneels down by this man, heedless of the danger. He takes the time to clean and dress and bandage this man’s wounds, knowing full well at every moment that he could easily be next.  And when he’s got the man all patched up, he puts him on his own animal and slowly walks him to a place of shelter.

Whatever other business this Samaritan man had been on, he puts it aside to respond to the dire need of his fellow human being. He makes sure that the man is settled safely and comfortably at the inn.  And then – as though he hadn’t already done enough – the Samaritan man pays for the entire expense out of his own pocket.  He makes plans to come back again to check on the man and he basically gives the innkeeper a blank check and tells him to spare no expense in caring for this total stranger.  The Samaritan man is compassionate and generous to an almost absurd degree.

The whole reason Jesus tells this incredible, somewhat upsetting, story is to answer a question.  At the beginning of our gospel reading, a lawyer asks Jesus, “Teacher, what must I do to inherit eternal life?”  It’s clear that he already knows the answer to this question, as we do: to love the Lord your God with all your heart and with all your soul and with all your strength and with all your mind; and to love your neighbor as yourself.  Jesus tells him, great!  You got it! Now go and actually do it and you’ll be all set.  Aye, there’s the rub.

So the lawyer asks him another question.  Wanting to justify himself, he says to Jesus, ok, gotcha, love my neighbor as myself, but uhh… who is my neighbor?  To me, this question seems a little disingenuous.  The answer this man is looking for isn’t really to the question “who is my neighbor?”  He wants to know “who isn’t my neighbor?” – who am I allowed not to love or care about?  And what do you suppose is the answer to that question?

No one, that’s right.  There is no one that we are not called to love, no one who is not a fellow beloved child of God.  My friend Diane, who works at the Nebraska Synod office, made a really beautiful piece of art this week that summed it up like this: “You will never look into the eyes of someone God does not love.” In God’s eyes, we are all neighbors.

But if you pay attention to the story Jesus tells here about loving our neighbor, about being a neighbor to others, it’s easy to see why loving others as ourselves can be so intimidating. (You can understand why the lawyer was looking for a loophole!)  The Samaritan man goes out of his way to show mercy to someone else.  He meets that person where he is and stays with him in his suffering.  He generously gives of his time and his treasure.  He puts aside his fear in favor of showing love.

In this story, we see that loving others as ourselves is not a safe or easy thing to do.  Love requires us to involve our hearts – to let ourselves be moved to the pit of our guts by the needs and struggles of other people we don’t even know. Love asks us to let go of our assumptions, to invest our time and resources in someone else, to refrain from judging other people, and to risk being changed ourselves.  The loving mercy that the Samaritan man shows the stranger on the road is involved and dangerous and messy – it is a hard risk to take.  And I think it is an especially hard risk for us to take because we so often struggle to trust that our neighbors will show us that kind of love in return.

But it can help us to remember that we are, first and foremost, recipients of this kind of loving mercy – not necessarily from our human neighbors, but definitely from God.  When we are suffering or lost or feel like we have been left for dead, God comes to be with us.  God stops and kneels down and shows us loving mercy.  God is the one who saw a broken, hurting humanity and did not pass by on the other side of the road, but instead took on flesh and waded right into the heart of human misery.  God bound up our wounds and freed us from the chains of sin and death.  As the author of Colossians writes, God rescued us from the power of darkness and transferred us into the kingdom of God’s beloved son, in whom we have redemption and the forgiveness of sins.  God in Christ did the dangerous, messy, demanding work of loving us like a neighbor.

When we are at our best, as human beings, we imitate this kind of love.  We enact the kind of mercy that Jesus commanded us to do – the mercy that we first received.  My mind immediately thinks of the awesome work done by our Lutheran relief organizations, both locally and globally.  They show up to respond to what people actually need.  And they don’t just take off once the news stops covering the latest crisis.  People know that when Lutheran disaster relief shows up to help, we are in it for the long haul.  That is neighborly love.

But when we are at our worst as humanity, ugly things can happen – things like the crisis happening at our southern border. The people of Mexico, El Salvador, Guatemala, and Honduras are our neighbors.  And, like the man attacked on the Jericho road, many of them are in trouble. They have come to the US to seek asylum, as is their legal right.  But fear makes us forget what we owe to each other as children of God.  And so instead of binding up wounds, we have broken apart families.  I have seen with my own eyes the grief and illness and exhaustion in the faces of of the people leaving these detention centers.  Somewhere along the way, as a nation, we let fear cloud our vision, to the point that we stopped seeing these parents and children as vulnerable people and started seeing them instead as a threat.  And, like the lawyer who questions Jesus, we have all too often searched for ways to justify ourselves for not treating these ones as neighbors.

It’s not easy.  There’s no denying that it can be a struggle to truly love other people as we love ourselves, and to let them love us, too. It is a challenging call to love others as God has first loved us – to do the dangerous, messy, demanding work of doing mercy.  But we can at least rest assured that the love and mercy we rely on is given to us abundantly – absurdly abundantly – every single day.  We can trust that God gives us all that we need to go and do likewise. 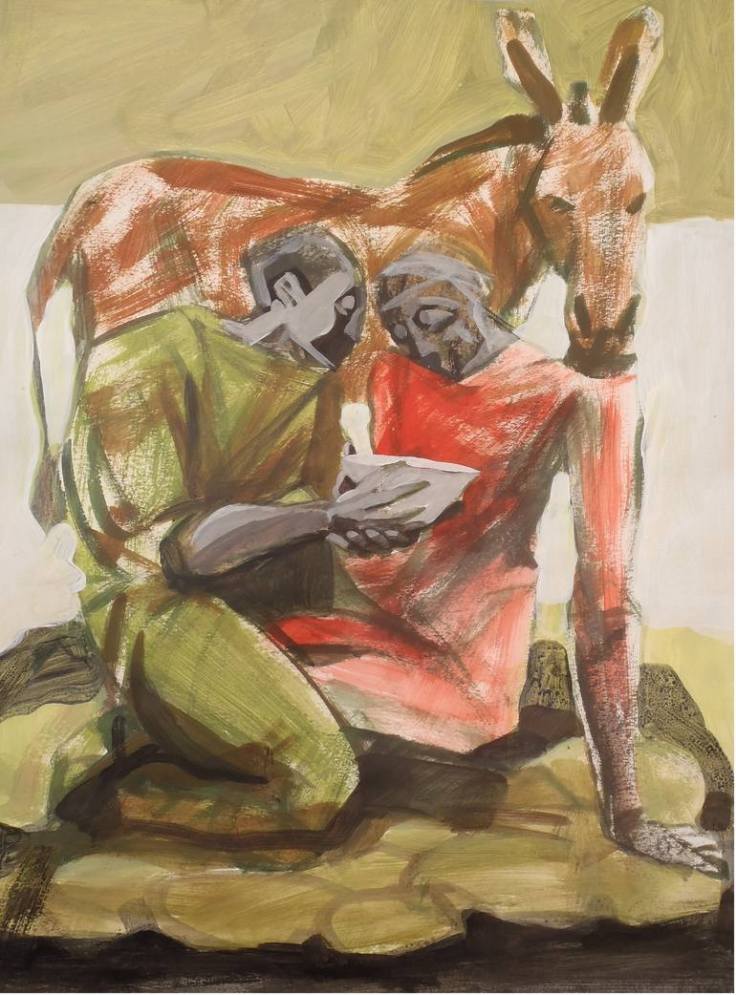 3 thoughts on “Sermon: Who Isn’t My Neighbor?”