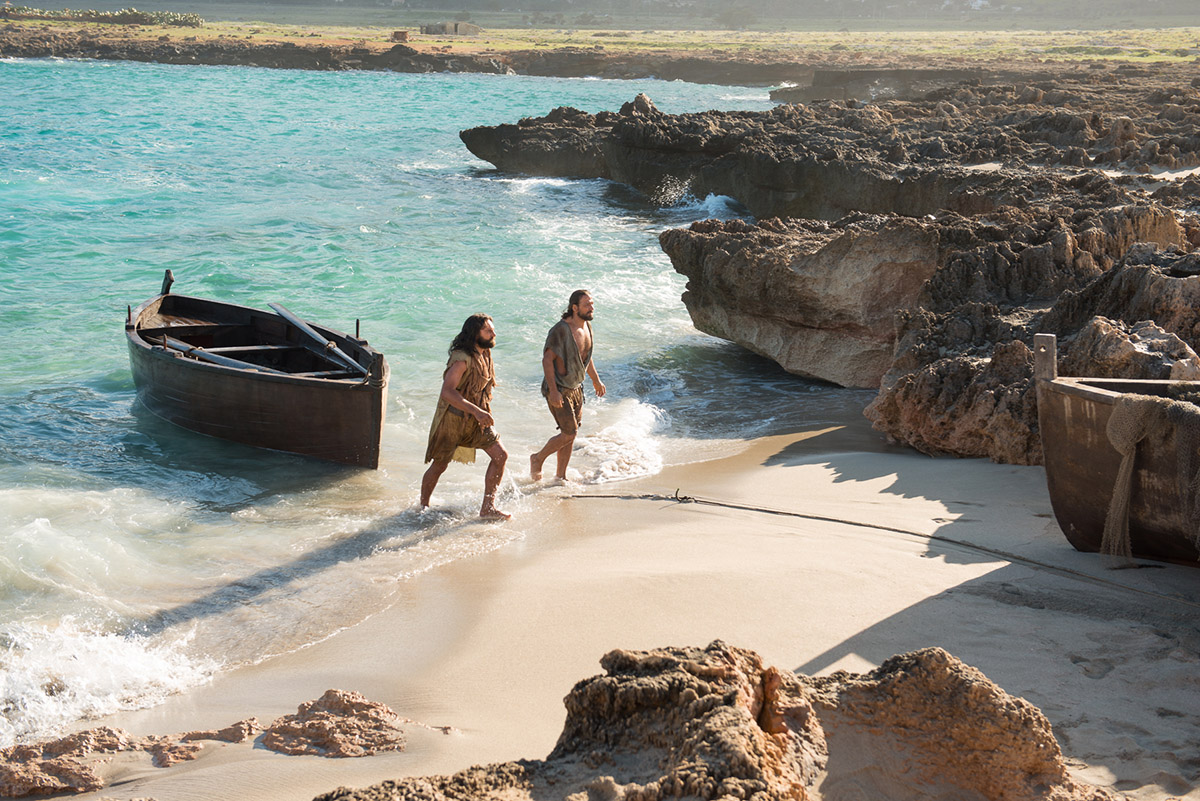 Whenever I meet new people and introduce myself, probably nine times out of ten I get asked the same question.  Anyone want to guess what it is?  It’s always some variation of: How in the world did you come by a name like “Day”??  Is it short for “Dana”?  Or were your parents hippies?

What I often tell people is that it’s sort of a contraction of my actual given first and middle names – Amanda Kay – and that is true.  But the full story of how I came to be called Day is a little bit longer.

When I was in college, I spent two summers working as a counselor at Camp Carol Joy Holling, out by Ashland.  I had only ever been to camp once before.  I got to go for a week as part of a requirement for my confirmation when I was in eighth grade – but it definitely left an impression.  I decided that I wanted to be a camp counselor when I got to be old enough.  But, by the time I was in college, my relationship with the church and with my faith had gotten complicated.  In college, I was exposed to new ideas and new understandings of religion that opened me up to realize that I had a lot of questions and doubts about the faith I’d grown up with, and I was still very much searching for answers.  But I had a friend who worked at camp as a wrangler, and she convinced me to turn in my application anyway.

My first summer working there, I was one of about five Amandas and two Kays working on the summer staff, so many of us ended up choosing to go by a nickname instead, to avoid confusion.  I took some inspiration for my nickname from the camp director at the time – whose name was Sunni Richardson – and I chose to go by the nickname Day.  Anytime we sat next to each other, it was a Sunni Day!

At the beginning of the summer, I was deeply anxious about the idea of teaching youth and children about God and the bible, when I still felt unsure about my own faith.  But, thanks be to God, the Spirit worked powerfully through me that summer and just as my campers were learning about grace, so was I.

Working at camp marked a huge shift in my life, a shift that put Christ firmly at the center of everything.  And for me, the name “Day” has become a symbol of that change.  In fact, I have often told people that “Day” is to me like “Peter” is to “Simon.”  And of course, that is exactly the story that we read at the end of our gospel reading for today.

In our gospel, John the Baptist is baptizing and proclaiming Christ to anyone who will listen – he even encourages two of his own followers to follow Jesus instead.  And one of those two disciples brings along his brother as well – Simon.  Jesus takes one look at Simon and immediately renames him Cephas, or Peter.  I’m not sure exactly why he chooses the name Peter, which means something like “rock” or “stone.”  If you have a Roman Catholic background, you probably know that the longer version of this story, in Matthew 16, forms the scriptural basis for the office of the pope.  But of course not all churches agree on this understanding.

What is clear is that this moment of naming signals a massive shift in Simon Peter’s life.  He leaves behind his boat and his nets and the entire life he has known in order to put Christ at the center of everything and follow him.  By naming him, Jesus calls him into a life that is much more epic and expansive than the small life that Simon Peter had probably imagined and expected for himself.

This is a theme that we see happen again and again in scripture.  Our first reading from Isaiah references yet another story.  Isaiah writes, “The Lord called me before I was born, while I was in my mother’s womb he named me… And he said to me, ’You are my servant, Israel, in whom I will be glorified.’”  This evokes the story of Jacob’s renaming as Israel.  In Genesis, Jacob makes the long journey back to his homeland, and he is extremely anxious about seeing his brother Esau again after tricking him out of his inheritance.  Jacob feels humbled and unworthy of his brother’s forgiveness.  And in the night, a mysterious figure comes and wrestles with Jacob in the dark, only leaving him at daybreak with a blessing and a new name.  He meets Esau on the other side of the river and finds that his brother is full of forgiveness and grace, and he is finally reconciled with his family.  Jacob goes from being a trickster, a “usurper” or “supplanter” to being Israel, “one who wrestles with God.”

And even earlier in Genesis, we encounter Abram and Sarai; they are an elderly couple with no offspring who have resigned themselves to being forever childless.  God singles out Abram for his faithfulness and tells him that their descendents will be as numerous as the stars in the sky.  Sarai laughs when she hears God say this.  She has come to expect that the only name that will describe her life and Abram’s is “barren.”  But God keeps God’s promises.  God renames them Abraham and Sarah, and transforms them into the forebears of the entire nation of Israel.

Names have incredible power and meaning.  They are symbols that, in some way, encapsulate who we are.  It’s the very first thing we tell people when we introduce ourselves.  Names can convey rank and authority – pastor, doctor, captain, officer, and so on.  And the names that we choose to call others can lift them up or they can hurt them.  I’m sure you can think of names that others have called you that filled your heart with joy; names like:  spouse, teacher, parent, honey, sweetheart, friend.  And I’m sure you can also remember the ugly names that others have called you, maybe even the ugly names you have learned to call yourself.

It can be all too easy to tear each other down with nasty names, especially when we talk about people whose stories we don’t know very well, or people who have different political and religious opinions than we do, or people who are just different from us.  When I was growing up, I got bullied a lot, just for being different.  And I won’t repeat to you some of the terrible names that I have been called – but I remember them.  And for me, being called Day now reminds me that God has called me and transformed me to be much more than those names told me I could be.

God calls and names each and every one of us.  God calls all of us “my very good creation,” and in our baptism, God gives us new names – names like, “beloved” and “precious” and “child of God.”  The names God gives us show us that we are loved and valued, no matter what names others might call us.  And, after all, what else would you expect from someone who goes by names like “Wonderful Counselor,” “Prince of Peace,” “Lamb of God,” and “Lord of Love”?

And, just like in all of these stories of scripture, being named by God means transformation for us.  It goes way beyond just needing to print up new business cards.  Being named by God is a call to put Christ at the center of everything.  It’s a call to orient ourselves and our lives around God, to be who God has called and claimed us to be.  And just like in the bible, we can expect that God will call each of us to a life that is much more expansive and surprising than anything we might have imagined for ourselves.

It doesn’t matter how we introduce ourselves, what names others might call us, or what names we might call ourselves.  We are loved and claimed by a God who calls us each by name.